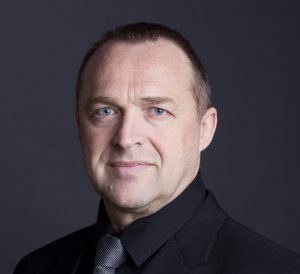 studied voice at the Sweelinck Conservatory in Amsterdam with Erna Spoorenberg. He received additional training from Margreet Honig in Amsterdam and Anthony Rolfe Johnson in London.

Harry van Berne is much in demand as a soloist, covering a wide repertoire. He worked under well known conductors such as René Jacobs, Philippe Herreweghe, Jos van Immerseel, Ton Koopman, Michael Schneider, Jaap van Zweden, Arnold Östman, Jos van Veldhoven and Reinbert de Leeuw. He performed in many Western European countries as well as in the United States, the Middle East, Japan and South-America.

Harry gives frequent song recitals accompanied by piano, guitar, lute or chamber orchestra. His far-ranging Lied repertoire includes compositions from all artistic periods in musical history, from the early Middle Ages up to contemporary compositions, some of which were dedicated to him. A recording of  Winterreise came after a long-lasting collaboration with Marien van Nieukerken.

Apart from his activities as a soloïst, Harry van Berne frequently participates in professional ensemble singing. He is member of the internationally famed solo-ensembles Gesualdo Consort Amsterdam and Quink vocal ensemble, both of which recorded a vast amount of CD’s. Van Berne also sings with The Netherlands Chamber Choir, Capella Amsterdam, Weser Renaissance and Huelgas Ensemble on a regular basis, and as a soloïst with the German woodwindensemble Capella de la Torre. With these groups he recorded many CD’s.

Harry van Berne coaches choirs, vocal as well as instrumental ensembles and works as conductor of both choir and orchestra.